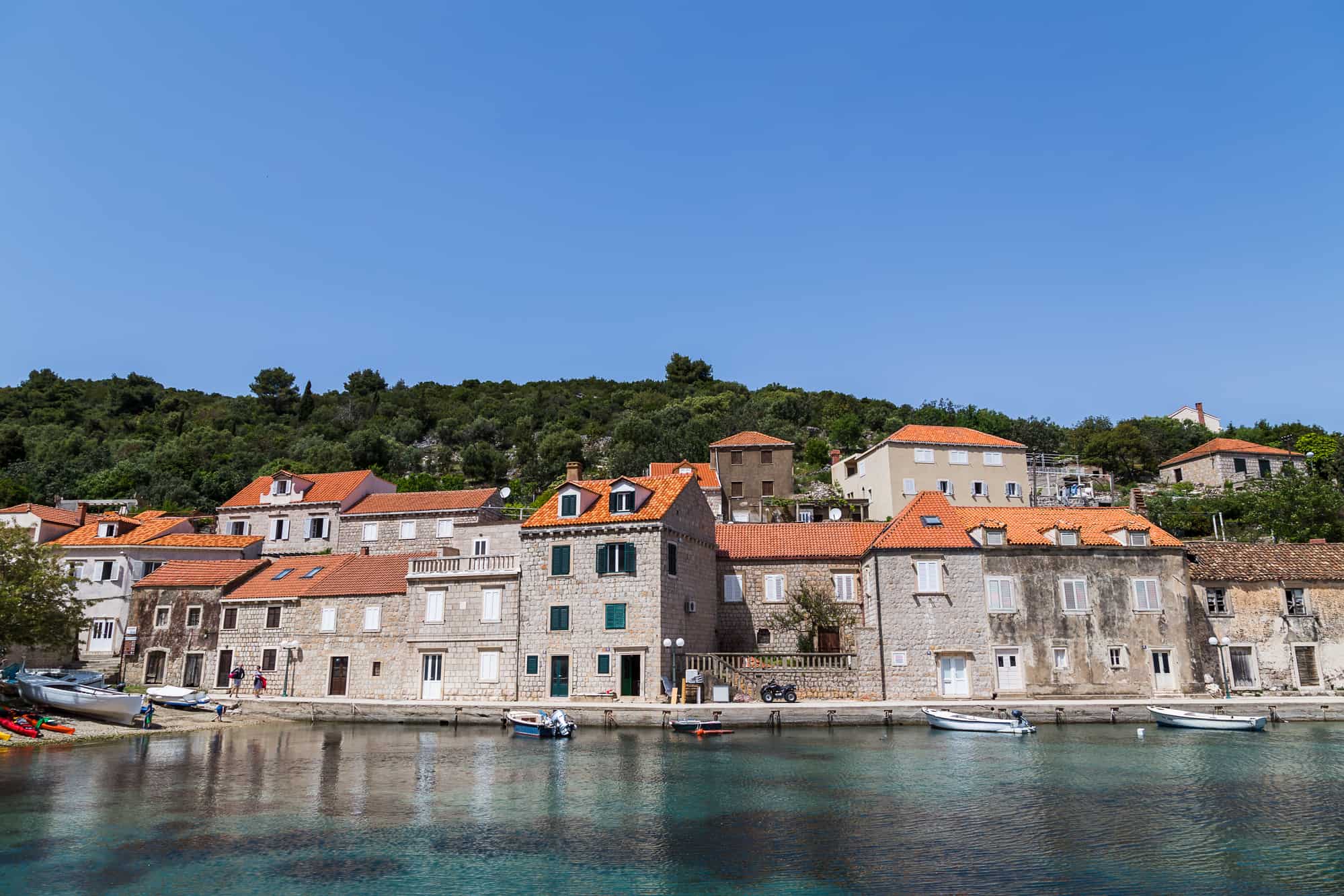 People on a mission to learn Croatian often say that cases are the hardest aspect of the language to master. But, it’s not impossible! In a set of articles, I’ll cover each one in detail to give you a hand and help you understand when you need to use each case in the sentence.

In the previous article, I covered the Nominative case in detail. If you would like to learn more about the cases in Croatian in general, visit here.

Now let’s look at the second grammatical case in detail – the Genitive case (G for short).

As you may know, there are seven different cases in Croatian, and genitive is the second case:

In the sentence above, genitive expresses possession – mom’s. Each time you add the “‘s” to a noun, you’re using the genitive case.

So, as you can see, in English the genitive case is used to express possession. However, in Croatian, the genitive has much wider use.

When do you use Genitive?

In our previous article about the Nominative case, we learned that it’s the basic form of the word and it’s often the subject in the sentence. As such it doesn’t depend on any other words.

However, nouns in the Genitive case depend on other words in the sentence, such as verbs, adjectives, or adverbs. This means that nouns in genitive can’t stand alone. Let’s look at a few examples (using words for water, praise, and luck):

Nema vode na stolu. (depended on the verb)
There’s no water on the table.

On je vrijedan hvale. (depended on the adjective)
He is worthy of praise.

Trebam malo sreće. (depended on the adverb)
I need a little bit of luck.

The Endings of Genitive Nouns

This is how you would make any noun from nominative to genitive. The nouns in the genitive case have the following endings:

*The majority of feminine nouns in Croatian ends on -a. However, there’s a number of nouns that end on a consonant (which is usually the rule for masculine nouns). To learn more, take a look at our article about Croatian genders.

As you can see, it’s simple to form a word in the Genitive case.

Simply remember that all masculine and neuter nouns have the ending -a, and the feminine nouns end on -e, or -i in genetive. Unfortunately, this is where it’s important to know the gender of the noun.

But, what about adjectives? Adjectives might have slightly different endings. Let’s look at the table below.

As you can see, the ending for adjectives in the genitive case are -e for all the feminine adjectives, and -og(a) for all the masculine and neuter adjectives. The same endings apply to pronouns.

Ok, now that we know how to turn the words from nominative into the genitive case, let’s look at the instances where you’ll need to do that.

When to use the Genitive case?

As I’ve said earlier, there’s wide use of the genitive case in Croatian. It doesn’t only express possession, but also partiality, the build of something, the absence of something, the belonging, origin, time, characteristic, place, etc.

Let’s look at the use of Genitive in these instances.

Use genitive to express belonging, partiality or quantity

Ok, so what does this mean? Let’s look at a few examples:

ključevi auta
car keys (the keys of a car)

broj telefona
telephone number (the number of a telephone)

vrh planine
mountain top (the top of the mountain)

dno jezera
the bottom of the lake

čaša vode
a glass of water

Similarly to partiality or belonging, whenever you want to express the quantity of something, use the genitive case. This would be helpful in composing your shopping list!

litra mlijeka
a liter of milk

kilogram ribe
a kilogram of fish

As you can see, whenever you have phrases that indicate something of something, you would use the Genitive case.

Notice that in Croatian the noun in genitive always comes second, after the first noun (vrh planine instead of planine vrh, čaša vode instead of vode čaša). Well, the incorrect word order in these phrases is used sometimes, but only in poetry.

Remember! Even if the first noun changes its case, the second noun in the genitive remains unchanged and is always in genitive. Look at this example:

As you can see, the word vrh is no longer in the Nominative case, but in the Locative case (indicating location). However, the word indicating belonging stays in the Genitive case.

As you can see, in these phrases you use two nouns. What this means is that in English, in phrases like mountain top or telephone number, the words expressing belonging are adjectives (mountain, telephone), but in Croatian, they are nouns in genitive.

However, in Croatian, you can often also use adjectives instead of nouns in these expressions. If you choose to use an adjective to describe the noun (planinski vrh instead of vrh planine – mountain top; telefonski broj instead of broj telefona – telephone number) then the adjective has to adapt and match the case of the noun.

In these instances, you won’t use genitive any more, but whichever case the sentence requires.

Use genitive with most prepositions

Here are examples of some commonly used prepositions:

Volim sok od naranče.
I like orange juice. (juice made from an orange)

Radim do kraja godine.
I work until the end of the year.

Sjedim do najbolje prijateljice.
I’m sitting next to my best friend.

Imam vrt ispred kuće.
I have a yard in front of the house.

Mačka je iza drveta.
The cat is behind the tree.

Postavi sliku iznad kreveta.
Place the painting above the bed.

Poslije kiše dođe sunce.
The sun comes after the rain.

Ne možemo šetati zbog kiše.
We can’t go for a walk because of the rain.

Idi ti umesto mene.
You go instead of me.

There is a vast variety of other similar prepositions and they are all followed by a noun/pronoun/adjective in the genitive case.

Think of it this way – if you see a preposition, just use genitive. More often than not, you would be correct.

What about expressing possession?

I’ve said earlier that you use the genitive case in English when you want to express possession. So, in a sentence that’s mom’s car, the words mom’s expresses possession.

To translate these phrases into Croatian, we could use the preposition “od” (from) and say:

We’ve already learned that the noun following a preposition od has to be in genitive case.

However, these expressions, even though somewhat common in colloquialism, aren’t correct.

To express possession in these instances, you would always use the possessive adjective.

However, when you need to use more words to describe the ‘possessor’ of something, then you would use the genitive.

Another instance of expressing possession is in the examples when you want to say that you’re visiting someone, or that someone has something at the moment. For these purposes, you would use the preposition kod.

For example, if you want to say you’re at your friend’s house, you will say:

If you want to say you’re going to visit someone, you also use the same preposition following with the noun in genitive. For example:

If you want to say you left your keys with your friend and she now has them (temporarily), you would say:

Ključevi su kod prijateljice.
The keys are ‘at my friend’s’.

The easiest way to master the Genitive case is to remember that it goes with the vast variety of prepositions. If there’s a preposition in the sentence, it will more than likely be followed by a word in genitive case.

I hope this article has been helpful! If you have any questions or comments, don’t hesitate to contact us.