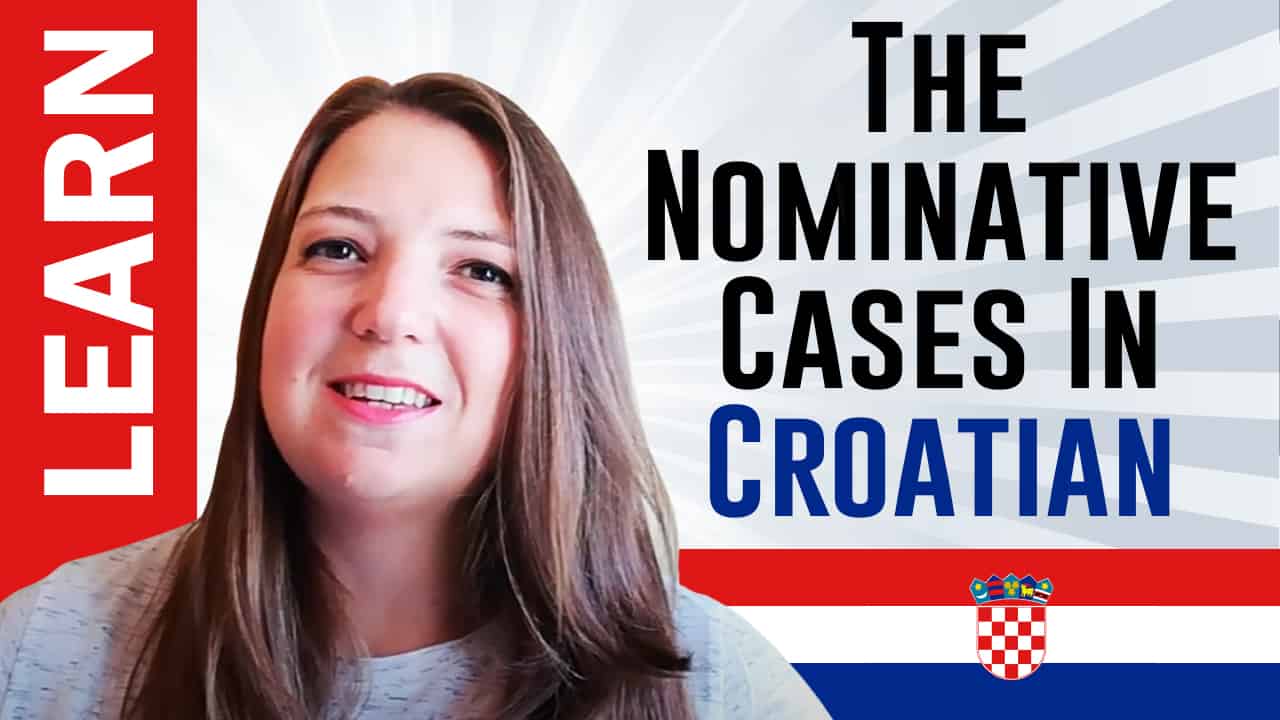 In the previous article, I spoke about the grammatical cases in general, but in the next few articles, I want to cover each one in detail.

Let’s start with the first one – nominative.

The basic form of the word

If you’ve read the previous article about the cases in Croatian, you have seen that words change their form as they change their role in the sentence. This means that any given word can transform into 7 different forms in Croatian, and these are called cases.

Let’s look at some examples:

Each of the listed words is in its basic, nominative form.

The subject of the sentence

Let’s look at some examples and identify the subjects of these sentences.

A cat is sleeping.

To identify a subject of the sentence, we need to ask who or what is performing the action in the sentence. These are also the corresponding questions for the nominative case.

For example, in the first sentence Mom is reading, if we ask who is reading?, we get an answer mom. Mom is the subject. Mom is in the nominative case.

In the second sentence, John is running, if we ask who is running? we get an answer, John. John is the subject. John is in the nominative case.

The predicate of the sentence

However, there are sentences where the predicate isn’t a verb, but a noun or an adjective.

John is a student.

The food is expensive.

In the above sentences (know as copular sentences), the predicates are nouns (student), or adjectives (is beautiful, is expensive). (These predicates are known as predicate nouns in Croatian – imenski predikat.)

In these sentences, the nouns or adjectives that make up the predicate are also in the nominative case, corresponding to the subject.

Note: Keep in mind that the nous and adjectives can come in three grammatical genders. The adjective that describes the noun in the sentence has to match the noun’s gender and case.

Other uses of the nominative case

Nominative case is used in several other instances in Croatian:

That isn’t a juice, but wine.

That is Mary, a joyful and smart person.

The nominative case is the basic form of every noun in Croatian. Each noun (adjective, pronoun) you find in the dictionary is in its nominative case.

When used in the sentences, the nominative is used in a subject of the sentence, or a predicate noun (the predicate is a noun or adjective, together will the auxiliary verb to be – is expensive, is a teacher, etc.)

I hope you found this article helpful. If you have any questions or comments, don’t hesitate to contact us!

2 thoughts on “The Nominative Case: Reflecting The Basic Form Of Every Noun”