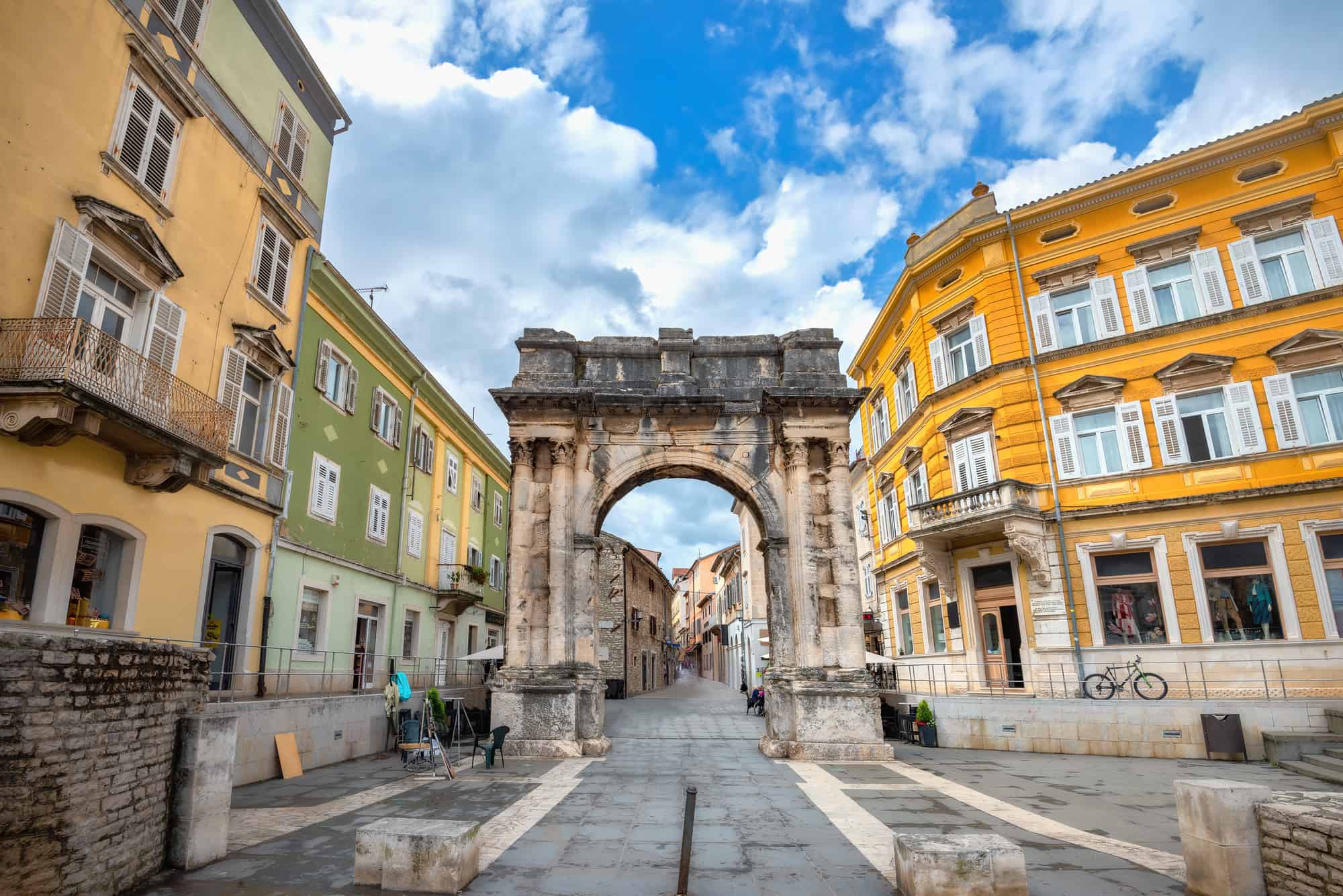 If you are planning a trip to Croatia, Pula might not be high on your list of destinations. However, it should be as it is full of rich Roman history that makes exploring the ancient city a delight.

The city was developed in Augustan times and there are so many historical attractions which you can check out here.

Let us explore some of the best things to do in Pula, Croatia. 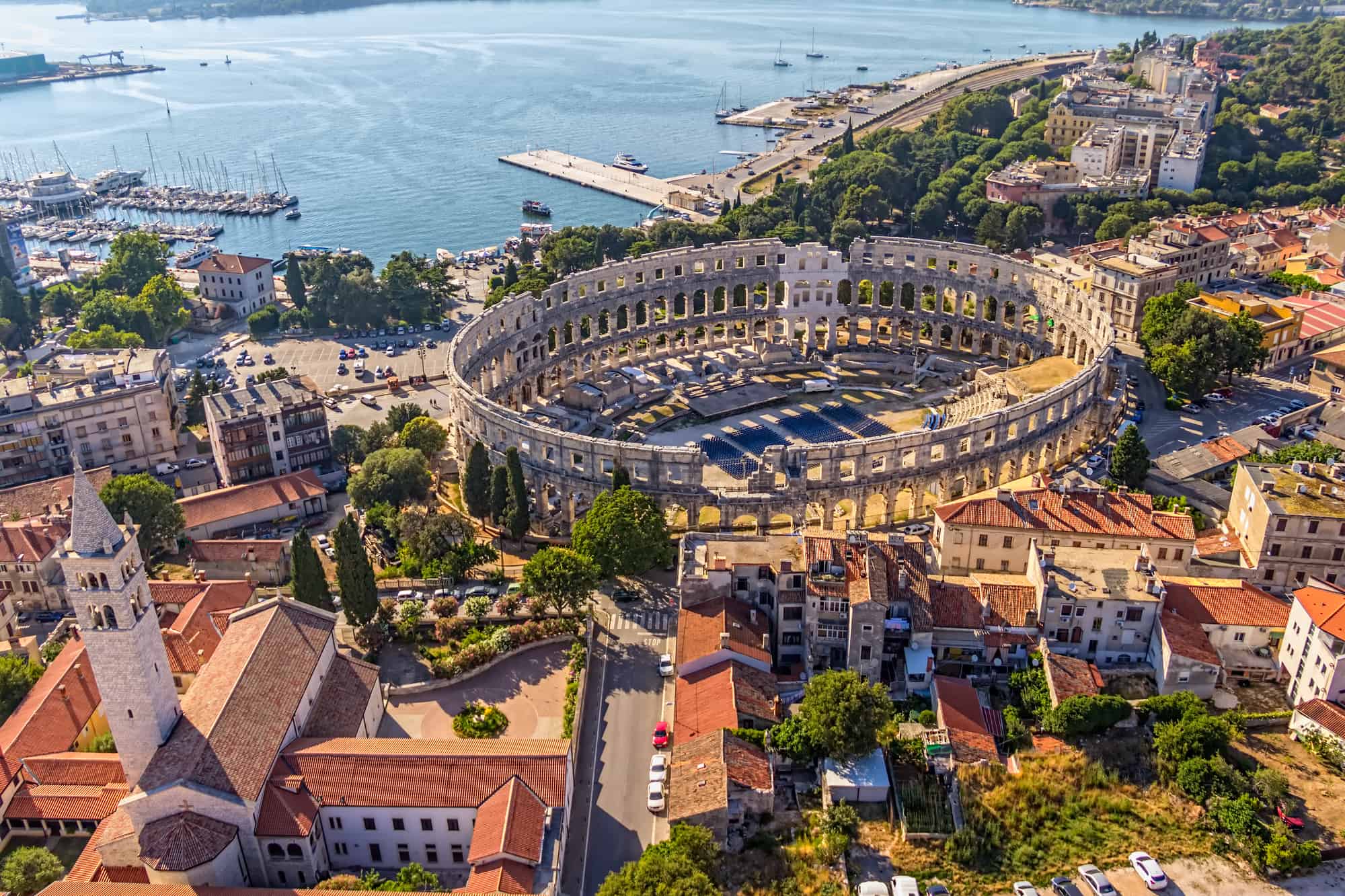 The Arena is the 6th largest Roman Colosseum in the world and is definitely the number one tourist spot in Pula. It is also one of the most complete in the world.

Looking at the Arena, you will see that there is a strong Roman influence in Pula. The Area is also one of the most looming presence in the city and can be seen from almost any part of the city.

The three-level Colosseum might be smaller than the one in Rome but it is no less impressive. Pula’s amphitheater was built out of limestone in the 1st century AD, under the reign of Emperor Vespasian. It hosted Gladiator fights and animal fights back in the day when Pula was known as Pietas Julia.

At that time, more than 26,000 spectators could sit and watch the fights. The Arena is still used till today where it is used to host events and performances. 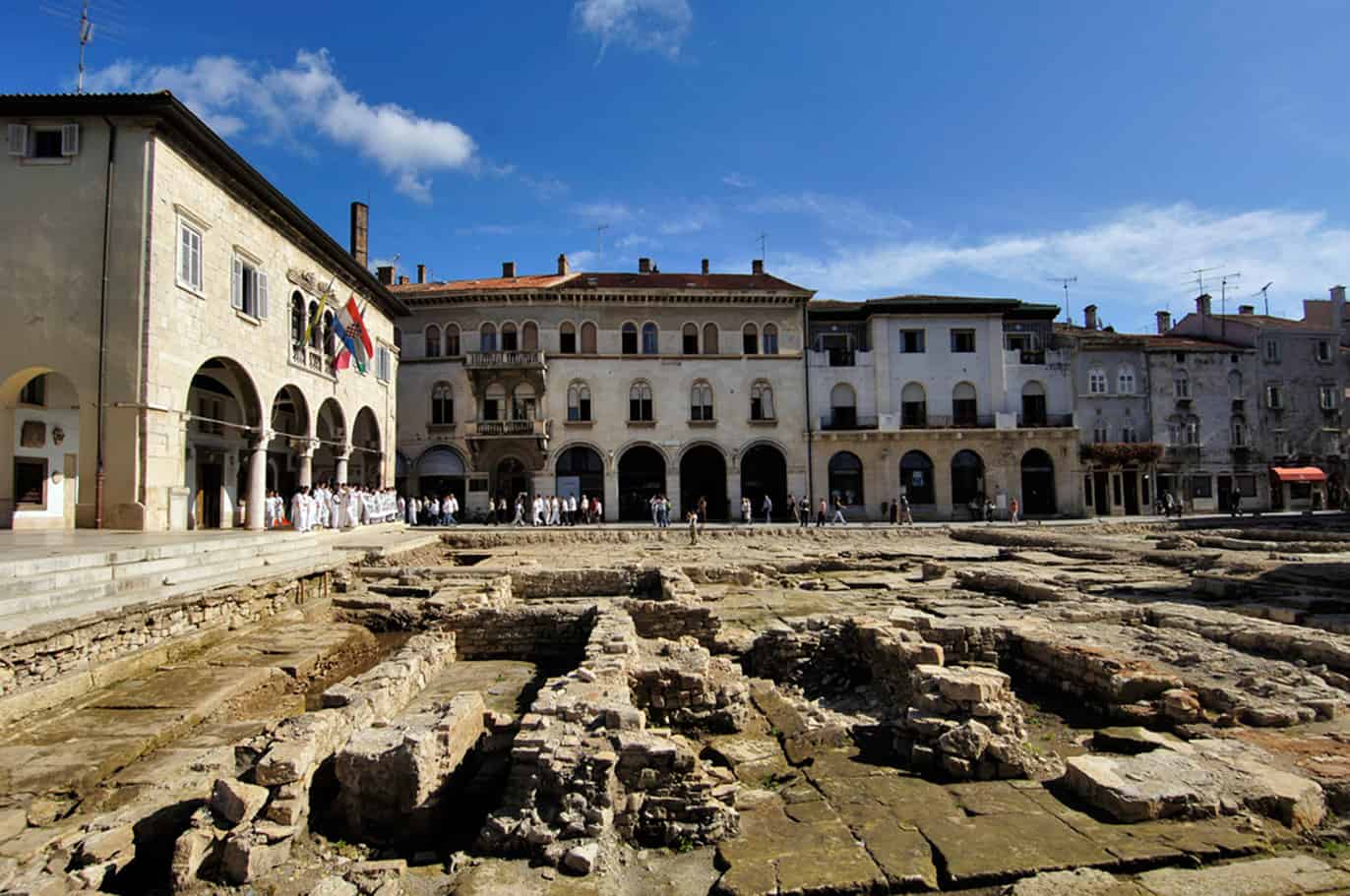 Similar to the space in Rome near the Colosseum, the Forum in Pula is the city’s main square. Two millennia ago, this is where there used to be important gatherings.

When there is a big event in the city, something will surely be happening in the Forum. The plaza today is a pedestrian-only zone with many cafes and restaurants spilling out at the forum. 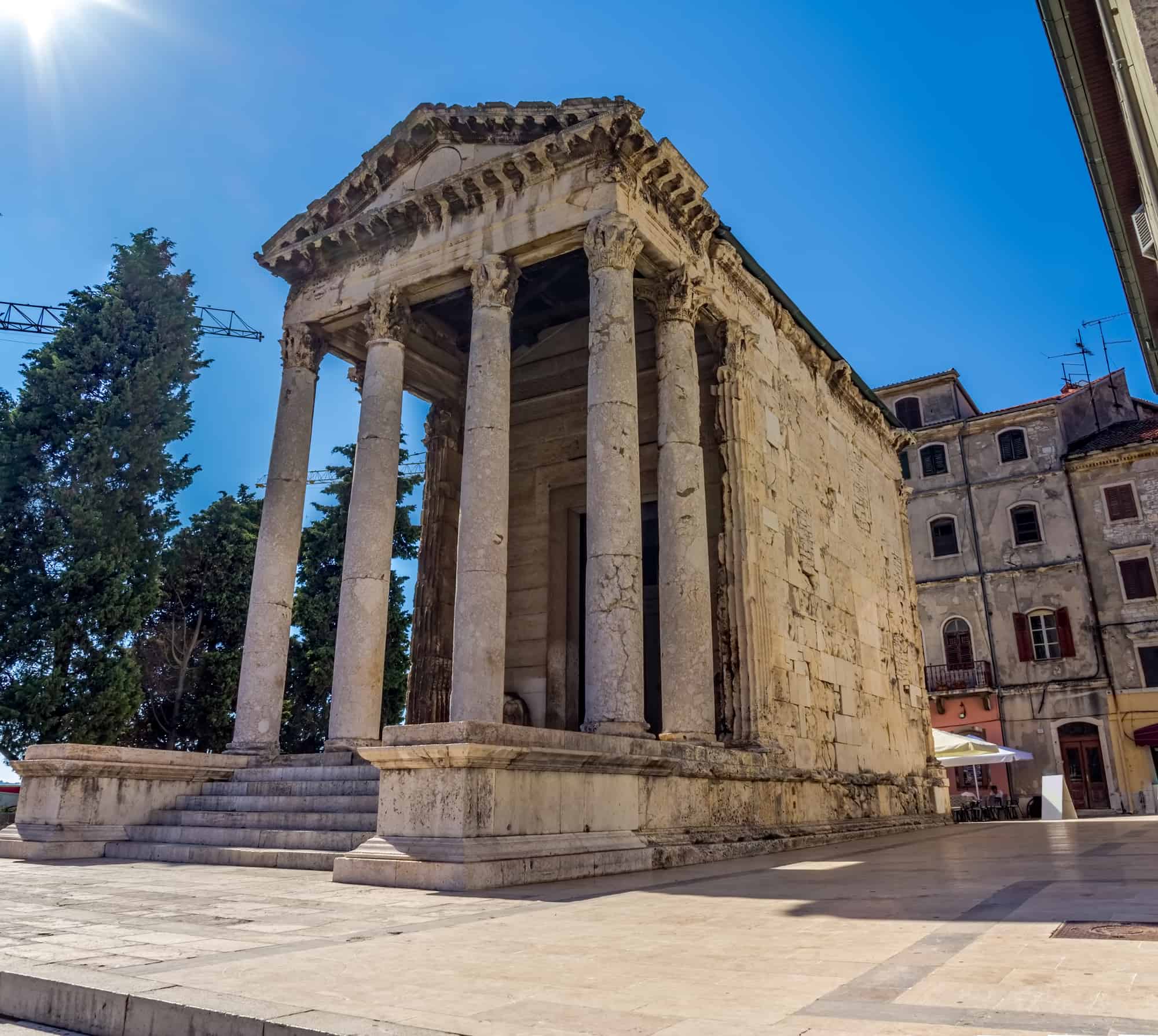 Built-in 2nd Century BC, Temple of Augustus was built during the reign of Augustus, which makes it more than 2,000 years old. The temple has survived so many years because it was converted into a church and has been used for various purposes throughout its long history.

Six towering Corinthian columns appear to keep this structure in place and it is an absolute beauty to look at. When you see it you won’t even believe how old it actually is.

During WWII, it was hit by a bomb that completely destroyed it and it has now been restored and houses Roman sculptural artifacts.

There’s no cost for admission and you can visit anytime. 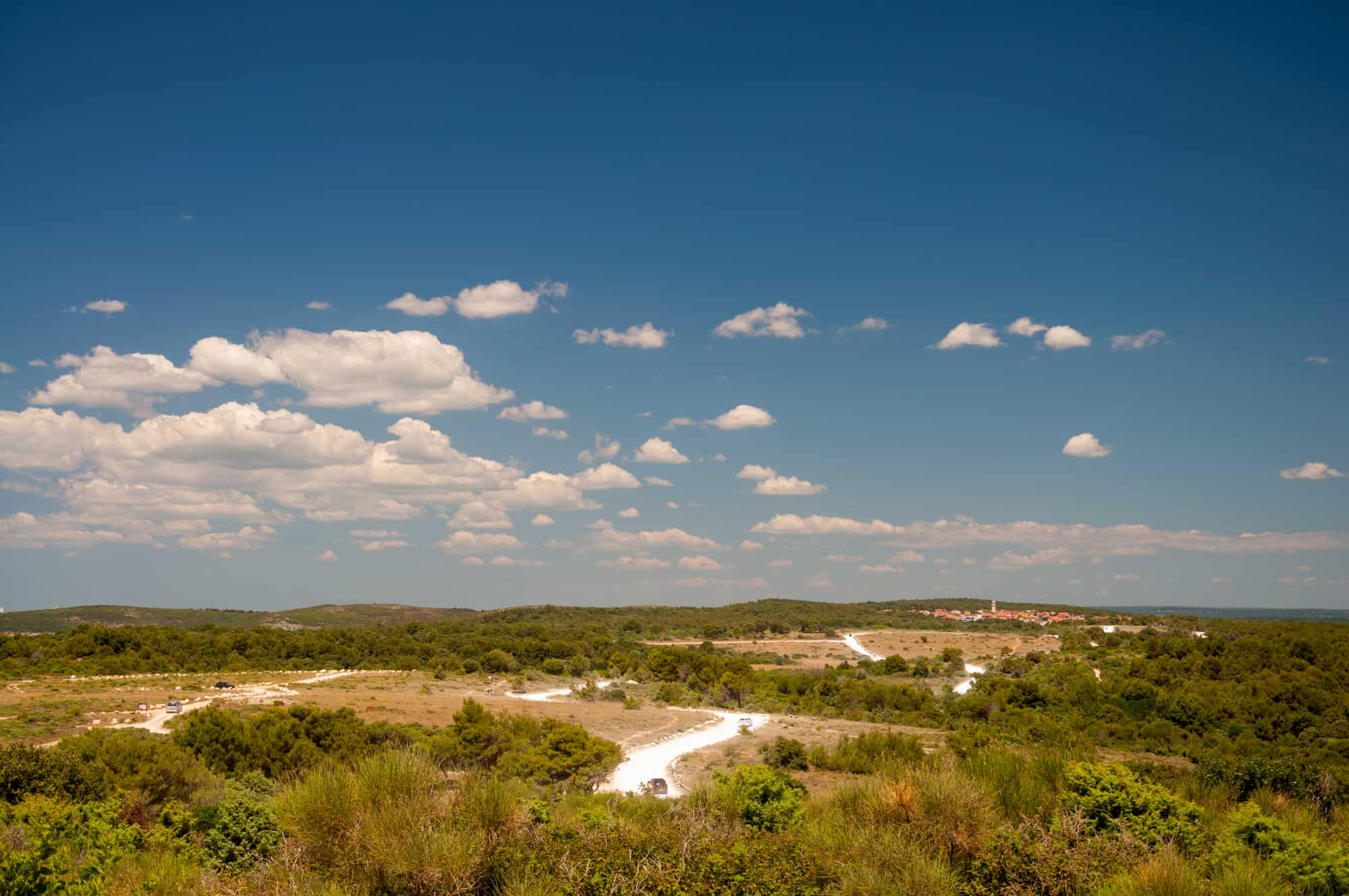 Located just a few kilometers down from Pula is Istria’s southernmost point, which is a constellation of little islands offshore known as Cape Kamenjak. A must-do when visiting Croatia is to see its beautiful beaches with crystal clear waters.

It has a stark beauty with bare cliffs and otherworldly rock formations that touch the sea. Take the day to sunbathe, swim, and have a few bevies at the Safari Bar, where you can enjoy the beauty.

You can even spot dolphins and seals here, so keep your eyes open when lounging on the beaches or swimming. You can view the best beaches on the west side of the cape. 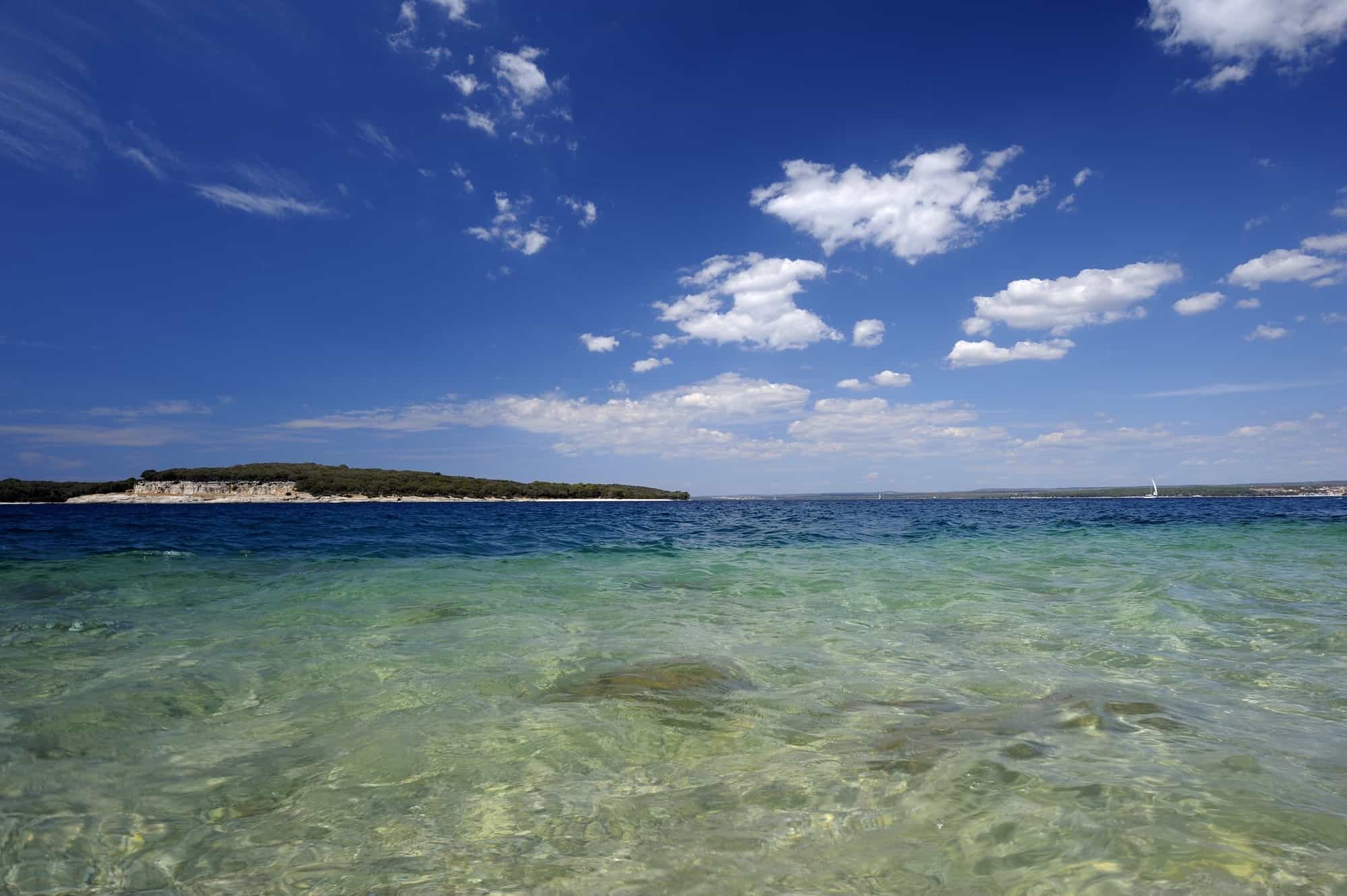 If you are in the mood for some adventure or hiking, then you can take a day trip to Brijuni National Park and you’ll be able to explore 14 islands in the Adriatic Sea off Croatia’s coastline.

The only way to reach this park is to head to the town of Fazana a few kilometers north of Pula.

Throughout history, these islands have been under many ruling empires including the Romans, Byzantine, Ostrogoths, and Venetians.

The park has lots to do from densely wooded islands, white beaches, or explore the natural history sites on Veliki Brijun, where 200 dinosaur footprints from the Cretaceous Period have been found.

History buffs can also head to the Byzantine Castrum, which has ruins to roam around from the Roman and Byzantium Empires to name a few.

Tickets to enter the park include a tour via train ride and admission into the major attractions. They cost 230 Kuna ($34) per person.

Arch of the Sergii, Pula

Built-in the 1st Century AD, this is another historical monument worth visiting in Pula. This arch was erected to commemorate the powerful Sergii family’s participation in the pivotal Battle of Actium in France.

Considering how old it is, the Arch of Sergii is still in great shape. It was built into stone depicting cupids and garlands.

You might not have even heard of Croatian wine, as they don’t export a lot out of their country. Most of the production is kept in the country, plus their wine is often paralleled to Italy.

You can sample their wine in the region of Istria. The region has a unique climate and soil created by the Mediterranean and Alpine weather which gives the wines a sweet taste.

The most popular wine is Malvasia white wine and is the perfect summer refreshment.

If you prefer reds then try the Teran which is also unique to Croatia. Visitors can take an organized wine tour to Pula. 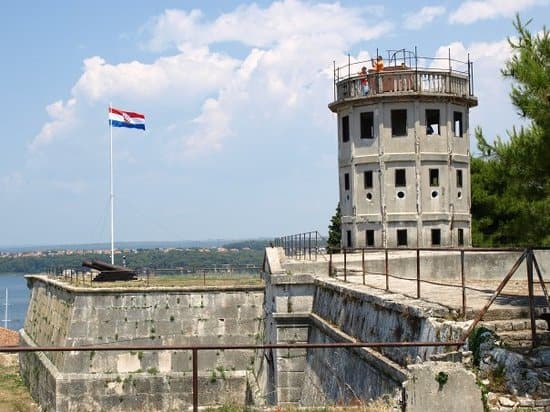 Kastel is a Venetian fortress in Pula which was built in the 1600s. The walls are in a star configuration which was designed to repel artillery after the arrival of gunpowder.

You can climb the angular walls to see the cannons and watchtower. The fortress has immense historic significance and you must visit this if you want to know more about the military. 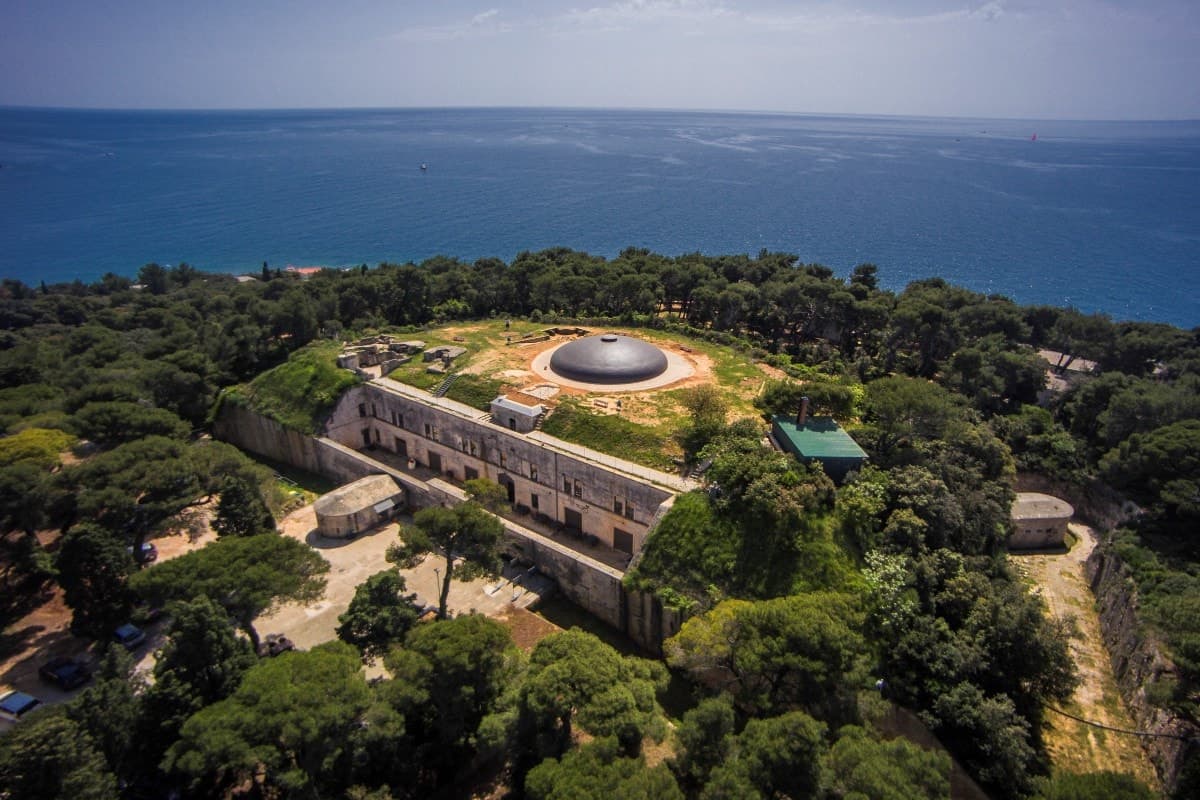 Take a break from all things history and head to Pula aquarium for a fun family day out. It is the largest aquarium in Croatia and definitely deserves a visit if you love animals.

Located inside the Austro-Hungarian fortress Verudela, the marine life seems to have found a rather dramatic home in the fortress. Here you can see freshwater and marine species native to Croatia and the Adriatic, together with tropical displays and a turtle rescue center.

There is a shark tank that is well which is quite the centerpiece of the aquarium. 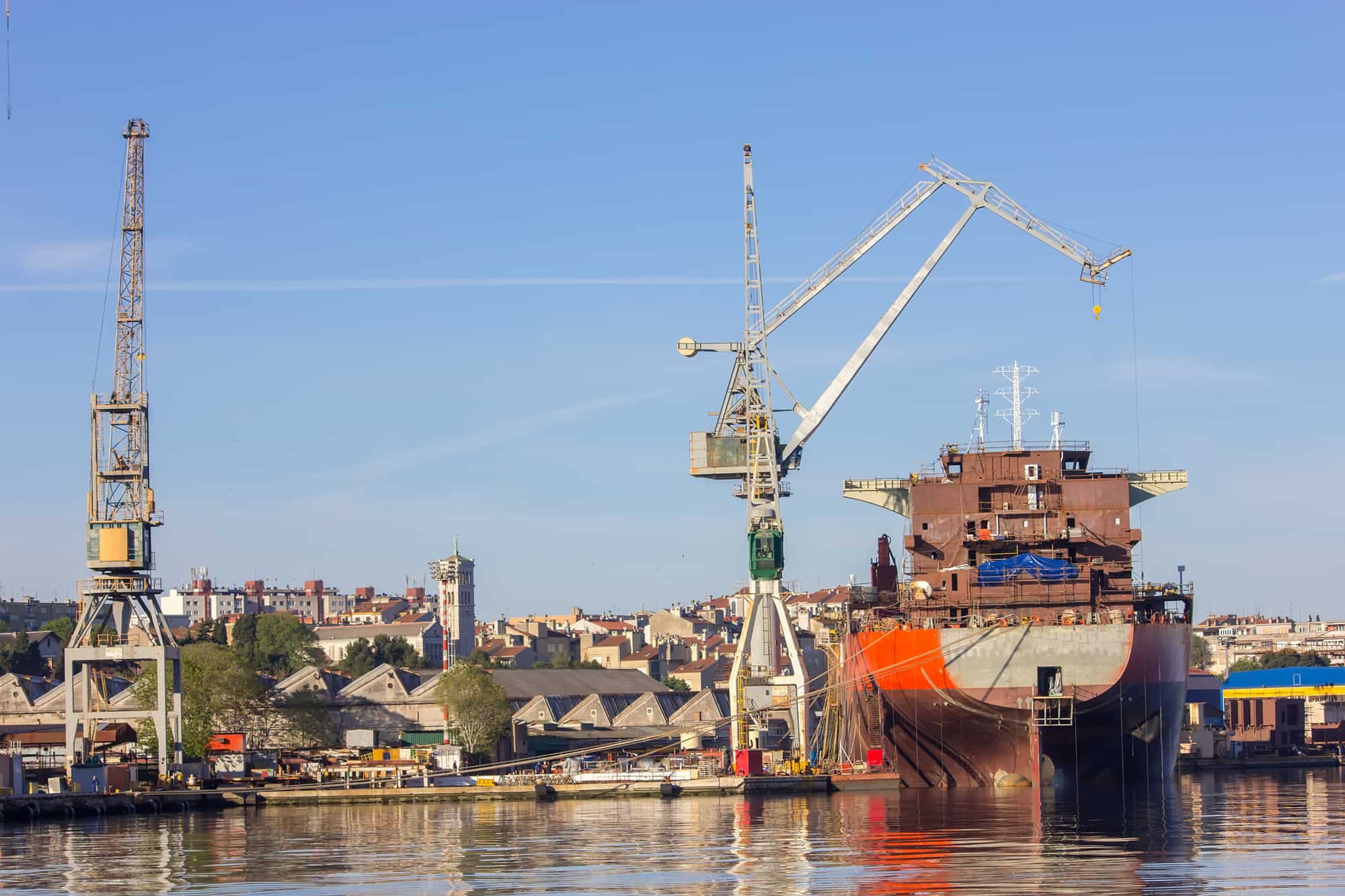 If a party is on your mind, then head to Uljanik because Croatians definitely know how to party. They love to dance, music and partying the night which is perfect for party people.

The legendary club Uljanik has been open since the 1960s and has been popular ever since. What started as a rock club is now a party club.

Pula is perfect for history lovers or the ones who like to take it slow. You can crawl your way through the city exploring the historical spots one by one as you take in the Croatian vibe.