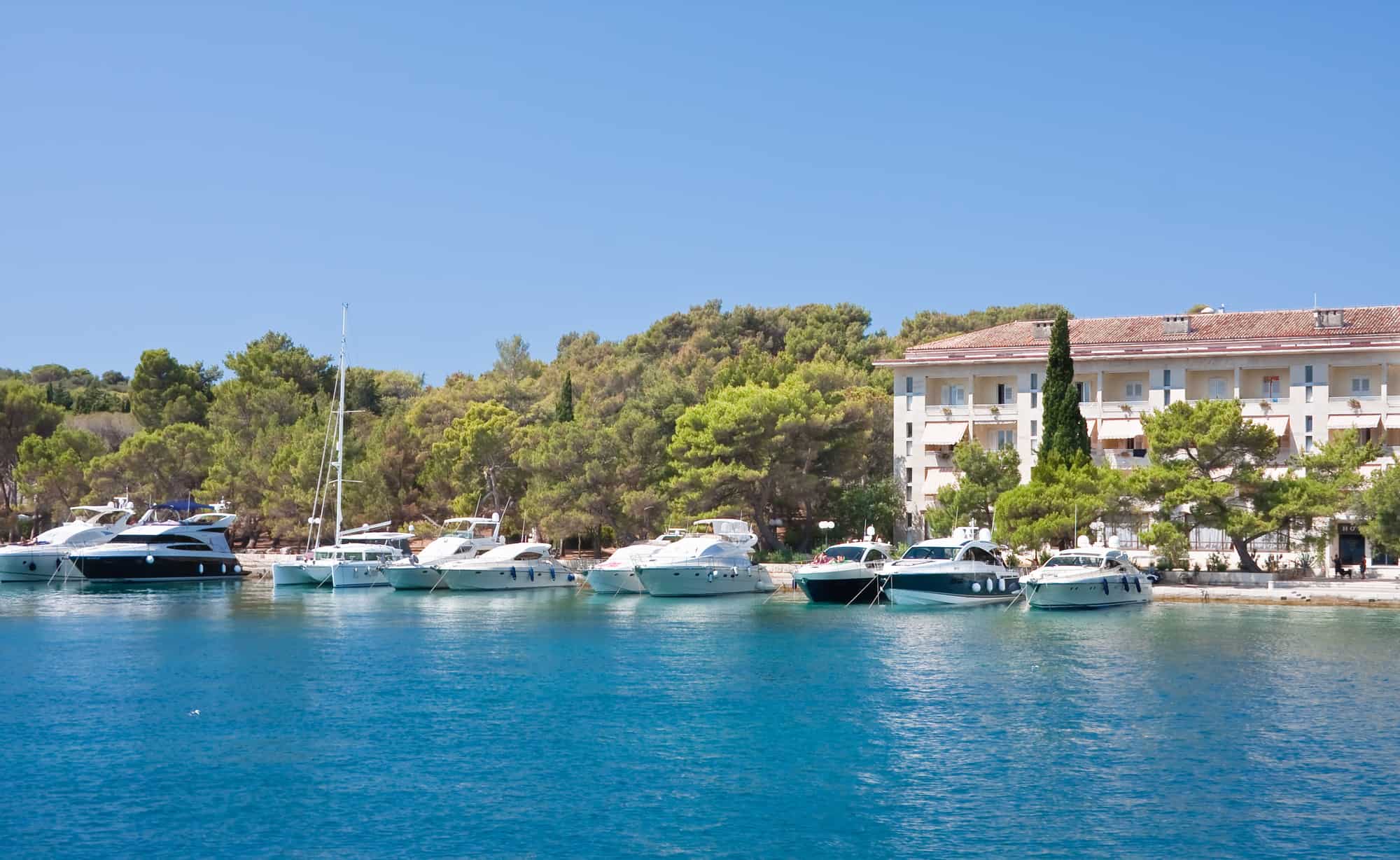 It is easy to fall in love with Rovinj as it is artistic, charming, and laid back. All the qualities in a city you would want for a relaxing holiday.

This beautiful city is flanked on three sides by the Adriatic Sea and the core of the town is Venetian with buildings that glow in the sun because of limestone.

Walk the cobbled streets of the old town or have a glass of wine by the sea, whatever you choose Rovinj will always be etched in your memory as the perfect holiday destination in Croatia.

Let us explore some of the best things to do in Rovinj.

If you are here in summer, then you can check out stone-paved Grisia which makes for a great stop for visitors. There are many ateliers and galleries here that lead up to the Church of St Euphemia.

The artistic life in Rovinj dates back to the first exhibition here in 1967. You can explore many paintings on stone walls, and artisanal artifacts also.

If you are here in August, then you can enjoy the open-air exhibition that takes place every year along Grisia Street. 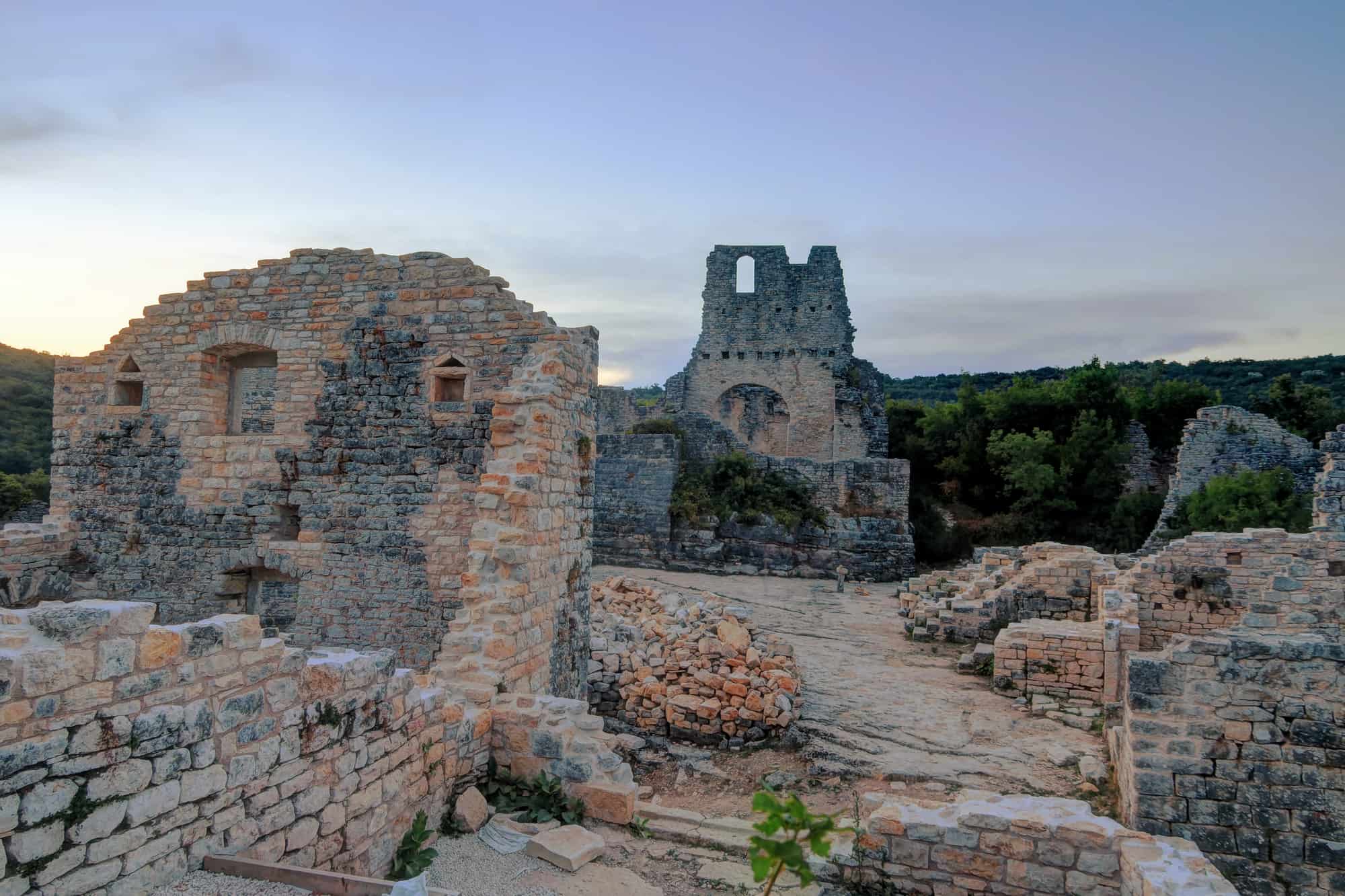 Dvigrad is a nice preserved medieval town which is just a short drive away from Rovinj. This 20-minute trip through the Istrian countryside is worth it.

Free admission and easy parking, just make this destination more appealing. This town was abandoned during the 1700s plague epidemic and was never populated again by people.

Restoration works are going on. You can see the castle’s crenelated tower from the Lim Fjord and roam around the ruins including the town gate, walls, some 200 houses. 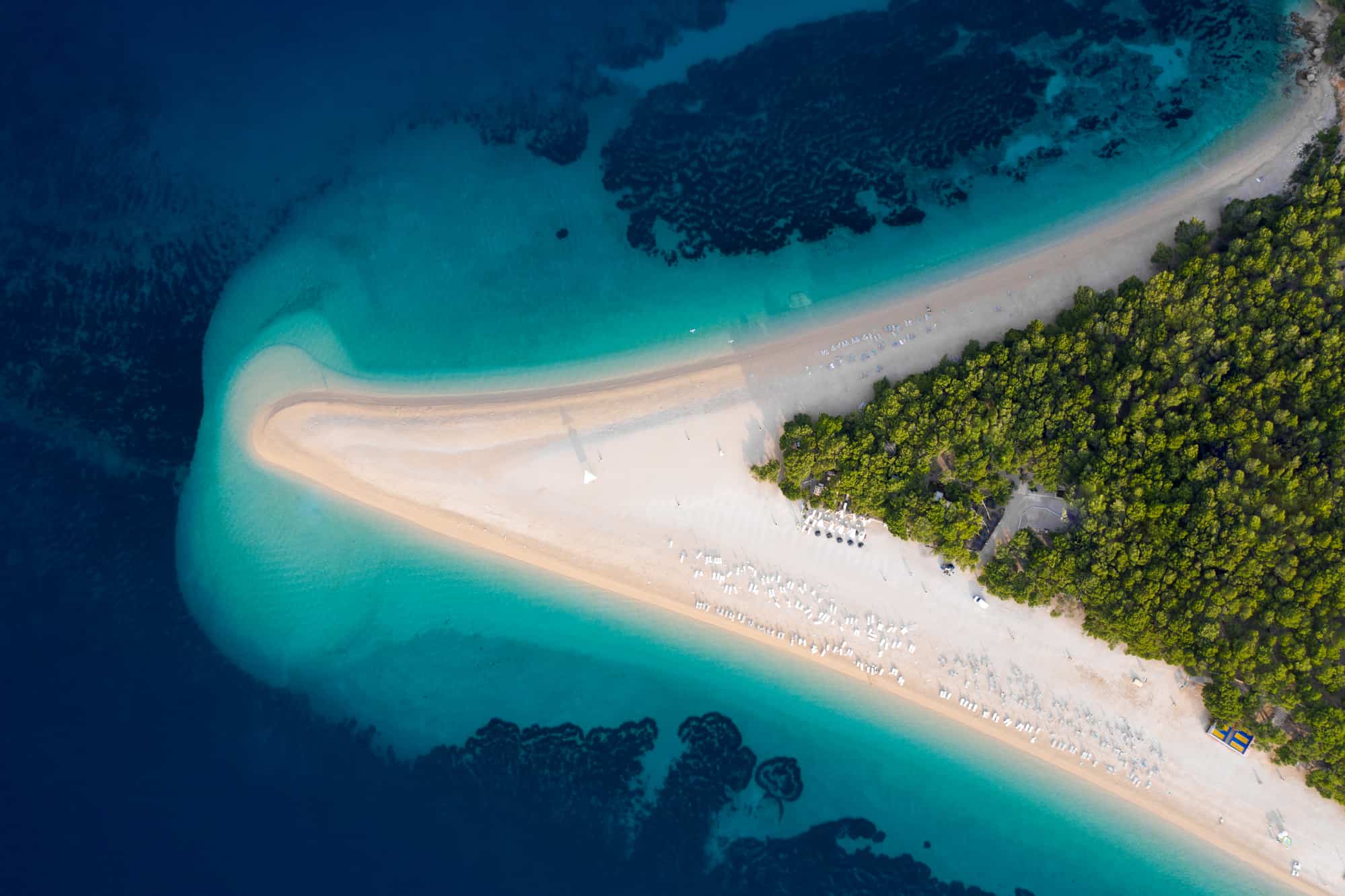 Puna Corrente or Golden Cape is a natural park which was the vision of the 19th-century Austrian industrialist Johann Georg von Hütterott who purchased this land and allowed nature to flourish.

The cape has pine-forested beaches, where cedars, Douglas firs, cypresses, and Aleppo pines planted more than 100 years ago are thriving. Here you can relax on the trails, do rock climbing and stay at the wonderful resort.

The shore is jagged, but that means the sea is incredibly clear and you can go diving and snorkeling here. You can walk further past Kurent Bay, where the waters are calmer and more suited for families and kids. 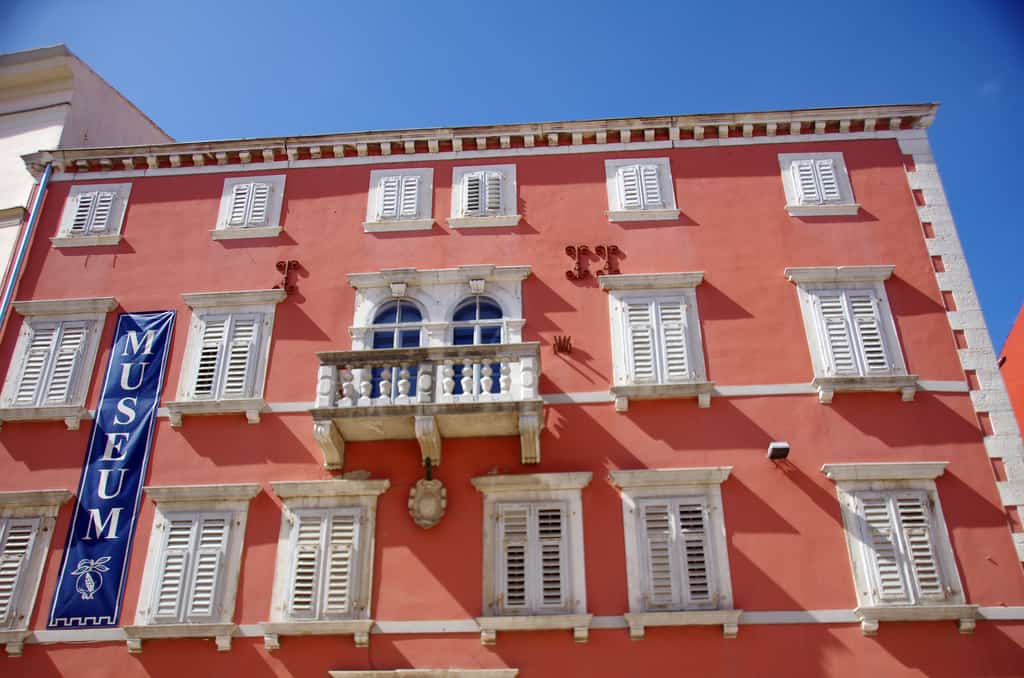 Founded by a group of artists in the 1950s the Rovinj Heritage Museum has some of Isteria’s prime collection of Italian art from the 1400s onwards. It was constructed as a way of bringing together the area’s cultural wealth and also to give a place for local artists and sculptors.

The gallery space has 1500 pieces of contemporary art and also Rennaissance gems by the great Venetian Giovanni Bellini and the school of Bonifazio de Pitti. The museum is a grand home which is a four-story baroque palace built by the Counts of Califf in the 1600s. 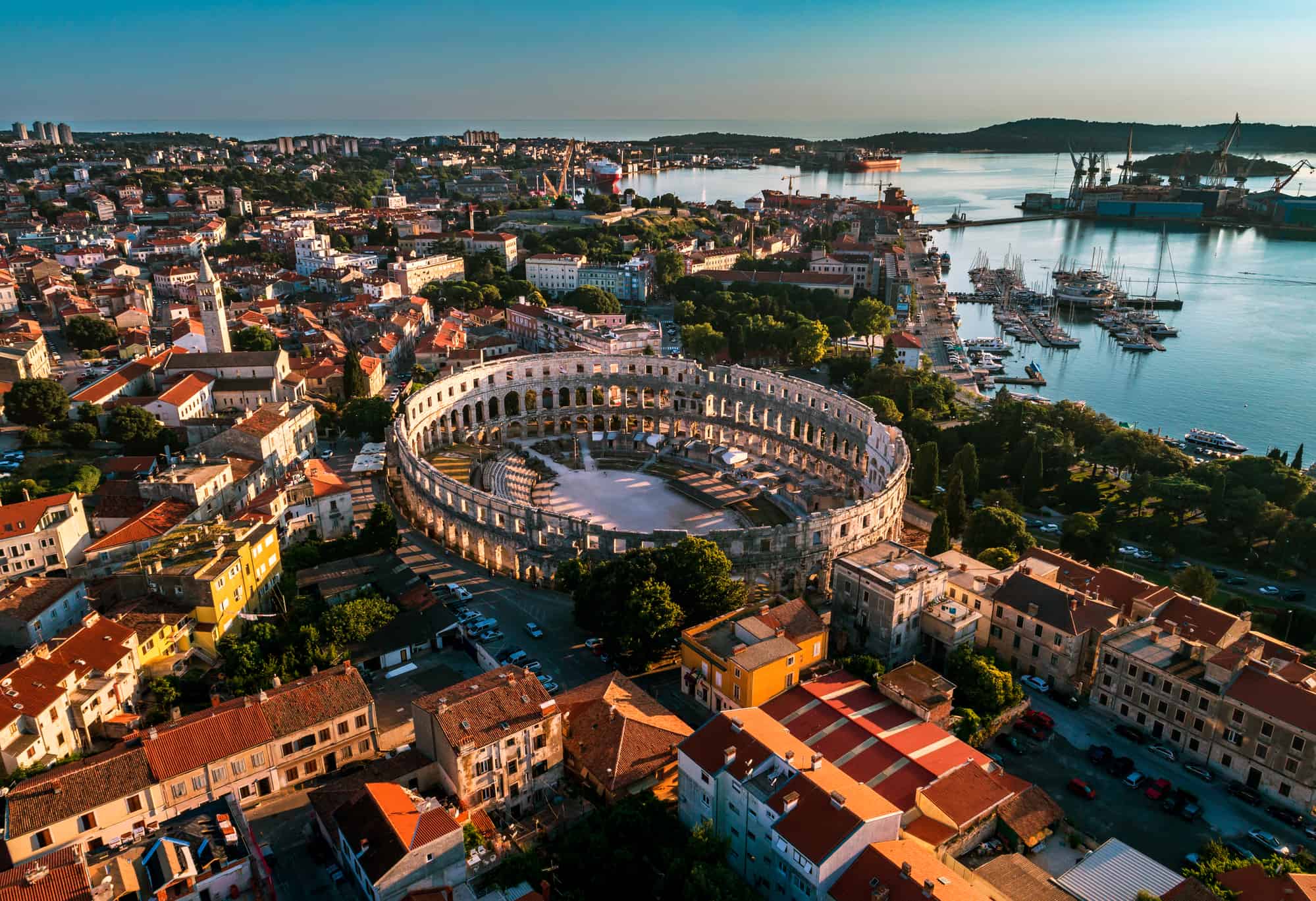 If you are a history buff, you will love Pula. Located south of Isteria, Pula is a storehouse of things to do for ancient history buffs.

The biggest thing to explore here is the Arena. It is a Roman amphitheater with high arched walls that rival Rome’s Colosseum.

Most of the architecture is still standing and there is a lot you can explore here. See the original infrastructure where gladiators used to fight and the many facilities.

Other attractions you can explore are The Roman amphitheater, Temple of Augustus, Forum, Arch of Sergii.

Venture into the big outdoors which is one of the eight national parks. To reach, you can follow the coast down towards Pula until you reach the town of Fazana.

Catch the ferry to Veli Brijun which is the largest island in the Brijuni National Park. It is a part of an archipelago of largely uninhabited islands.

Here you must also explore the ruins of the two Roman villas, and St. Mary’s Church. 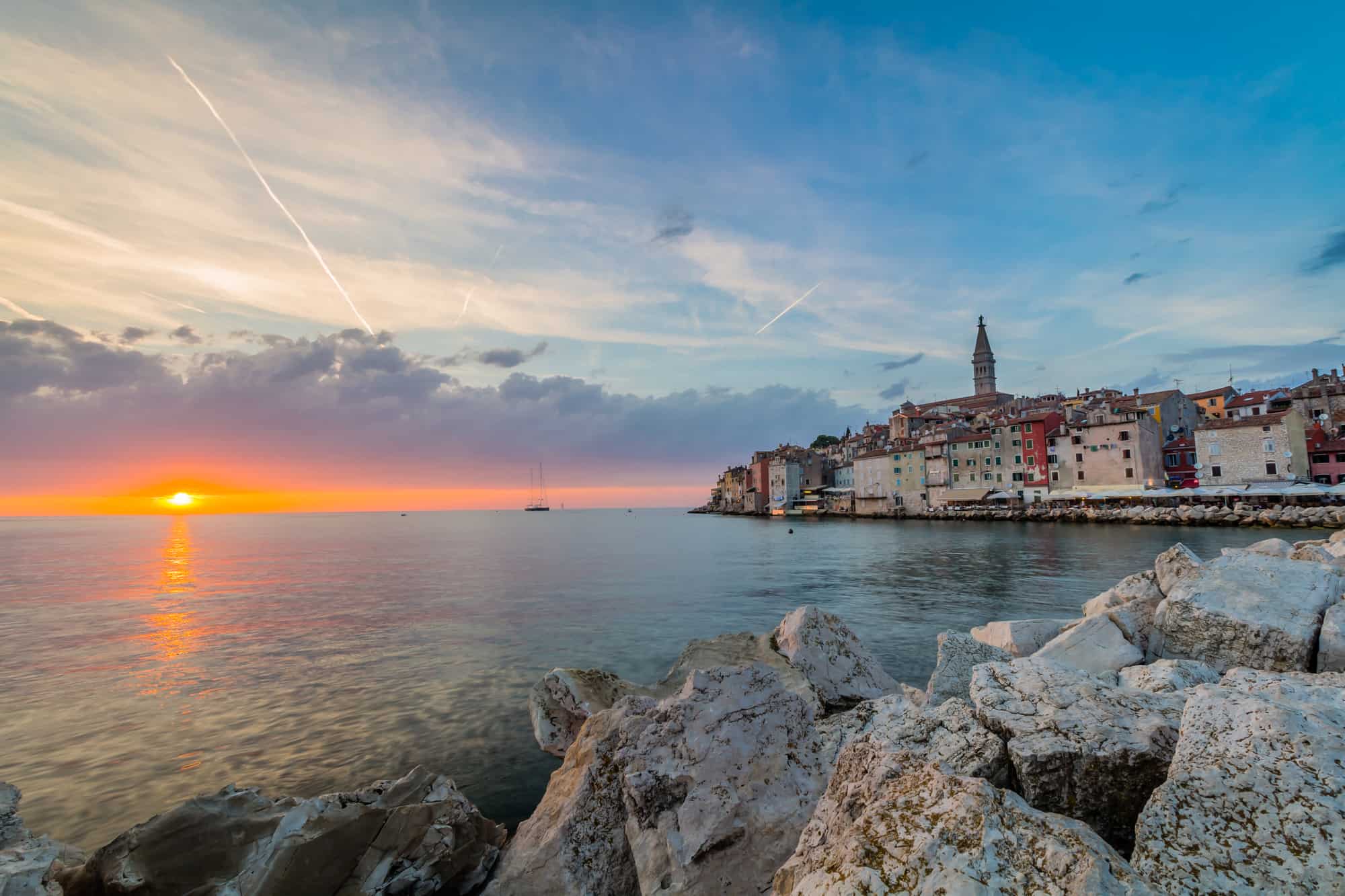 You haven’t seen the best of Rovinj if you haven’t visited its beaches. There are some nice coves, pebbly beaches, and bays.

The entire coast from the camping Vestar to the camping Monperin is intact and also very little visited. These almost private beaches are like your own piece of paradise. 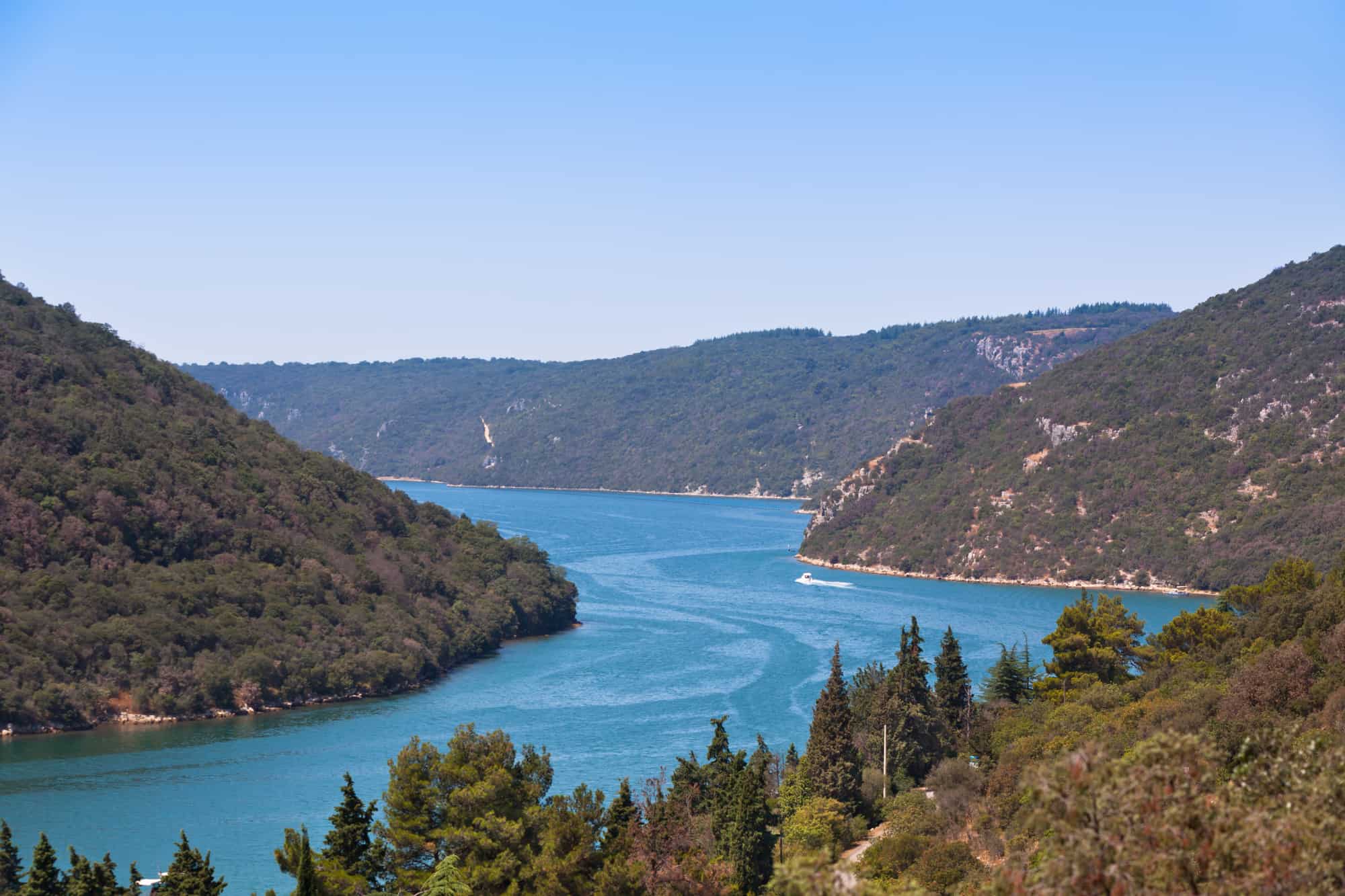 Reach this beautiful wonder by road or by tour boat from Rovinj’s port. This 10 kilometer-long river canyon is guarded by steep wooded mountainsides that soar to 100 meters.

It is described as a fjord and a canal both and this is the most popular boat tour in Rovinj. If boating is not your thing, then you can hike and bike your way through the coniferous forests.

It might as well be a crime to visit a new country and not try their cuisine. A must-try would be fuzi pasta.

These are small rolled sheets (relatively similar to penne) served with a veal sauce made with wine and tomatoes. There are also many traditional oven pizzerias in the town which you can enjoy. 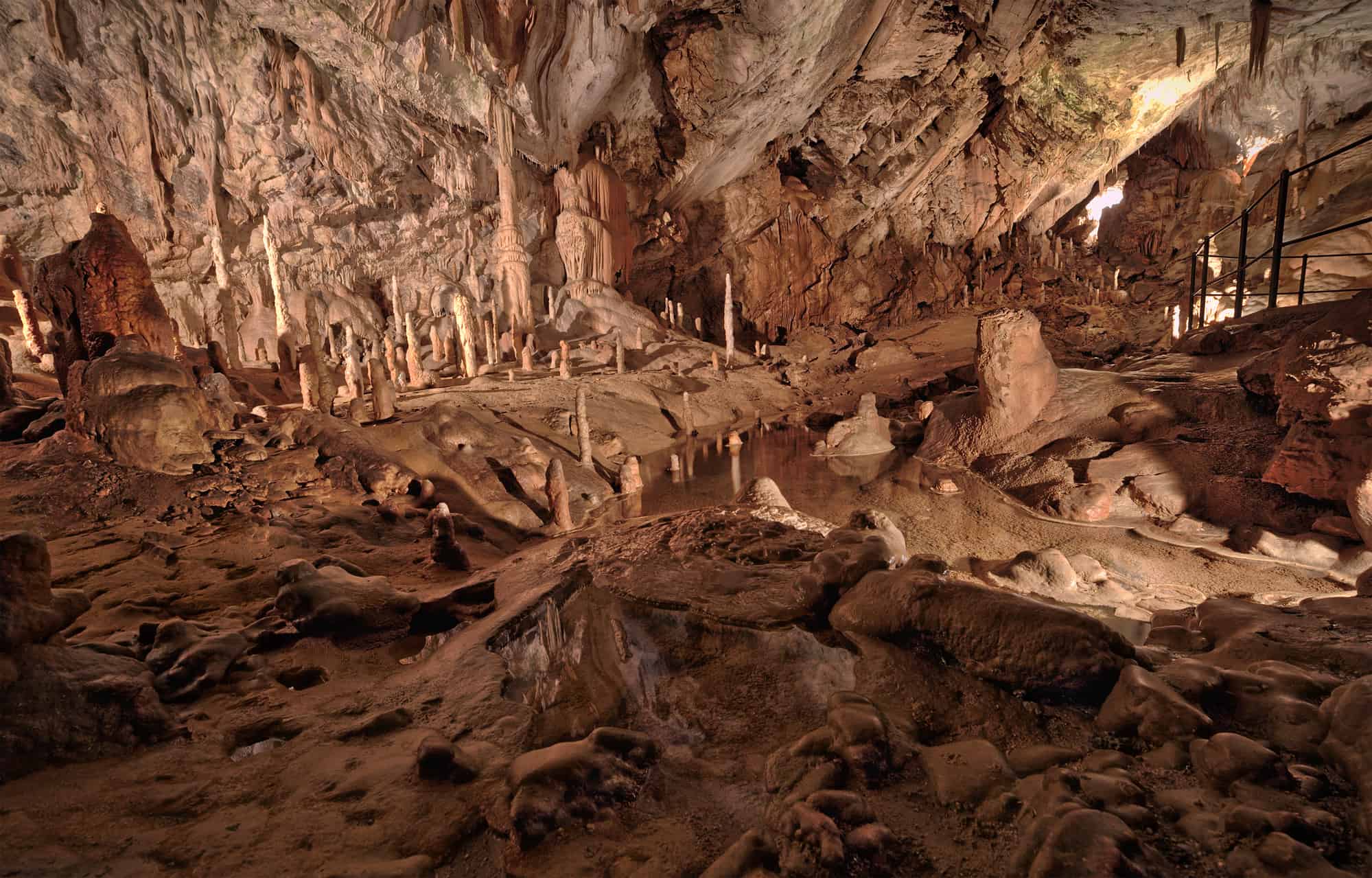 A wonderful underground marvel, the Postojna Cave has caves and caverns and is the largest and the most popular caves in the area. They have a one of a kind railway system as well, which is underground.

You can visit all the caves, caverns and tunnels via this electric train. A truly memorable experience.

Rovinj has many attractions like in and around the city which will keep the visitors enthralled. From the artistic Grisia to the enchanting Golden Cape, the sights are limitless.