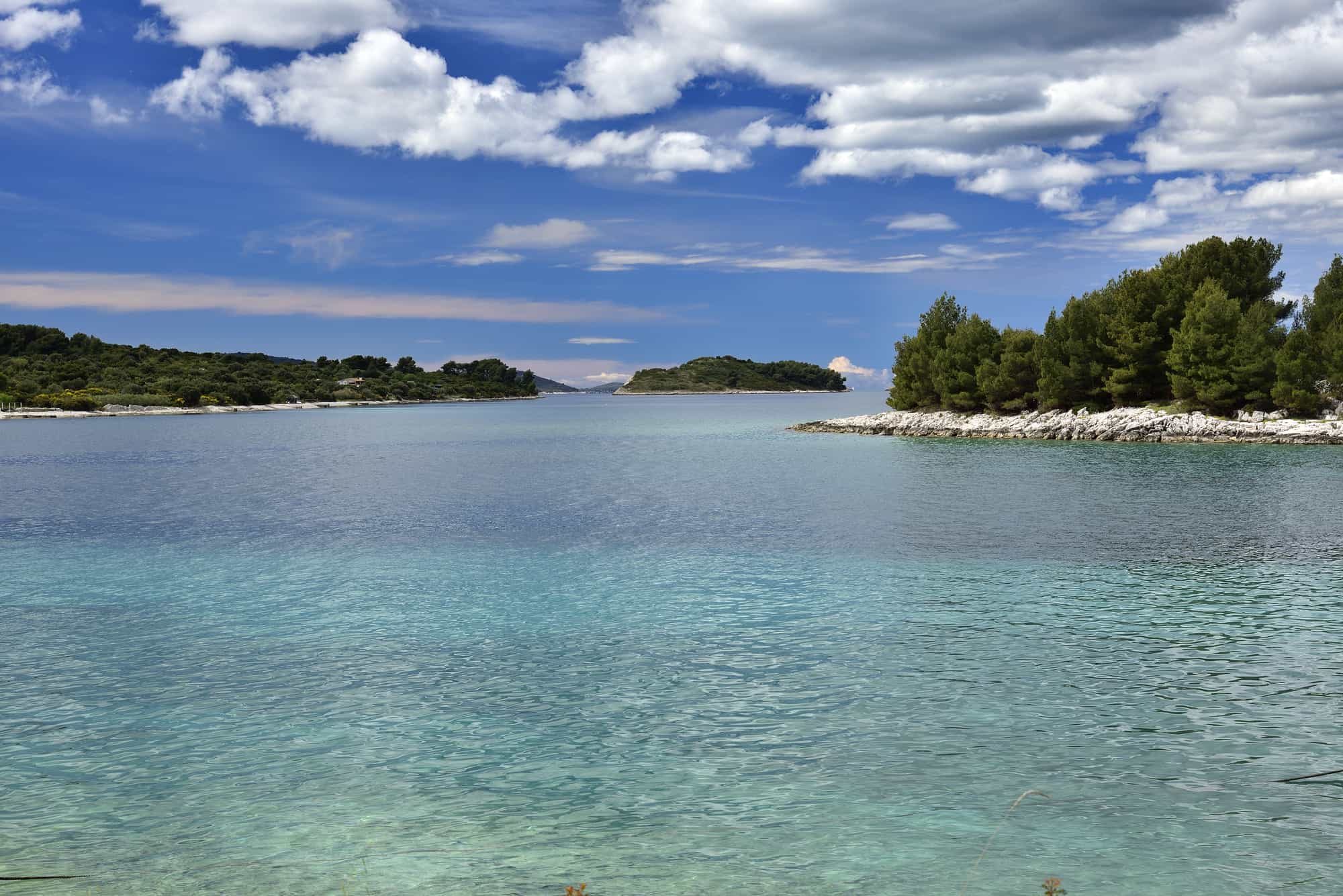 The town has a rich city like many other towns in Croatia and it dates back to 300 BC. It has been continuously inhabited by a succession of Greeks, Romans, Hungarians, and Venetians.

Let us explore some of the best things to do in Trogir, Croatia. 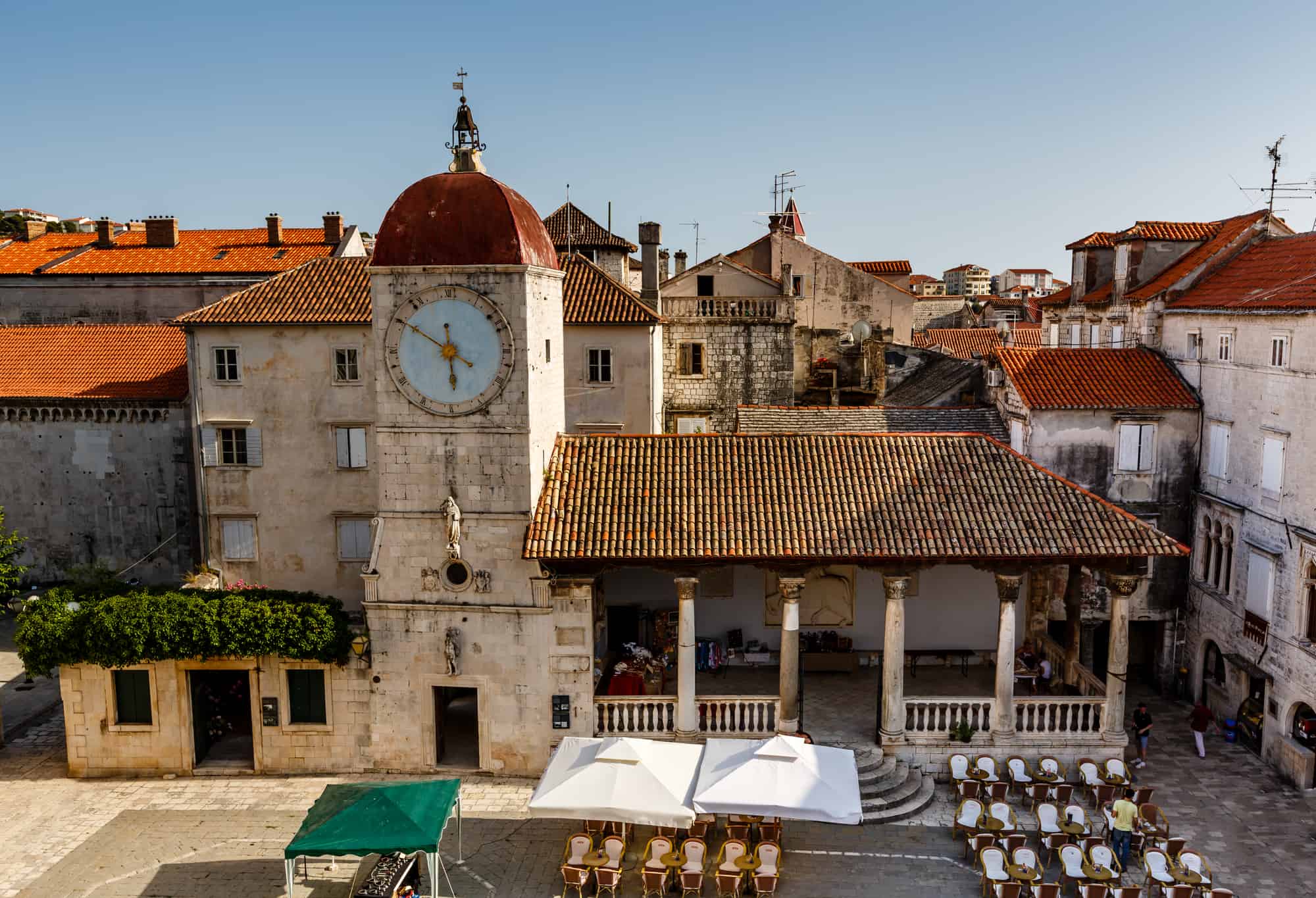 Also known as the  Cathedral of St. Lawrence, Trogir Cathedral is and the bell tower is the city’s landmark. It is considered to be one of the finest architectural achievements in Croatia.

Construction began in 1213 and was completed in the 17th century. Do look out for one of the most notable features of this church which is the Romanesque door, carved in 1240 by Master Radovan.

Climb atop the bell tower for great views of the city,  which stands 154 feet over the Old Town of Trogir. Other attractions not to be missed is the Renaissance Chapel of St. Ivan featuring many fine paintings of St. Jerome and St. John the Baptist. 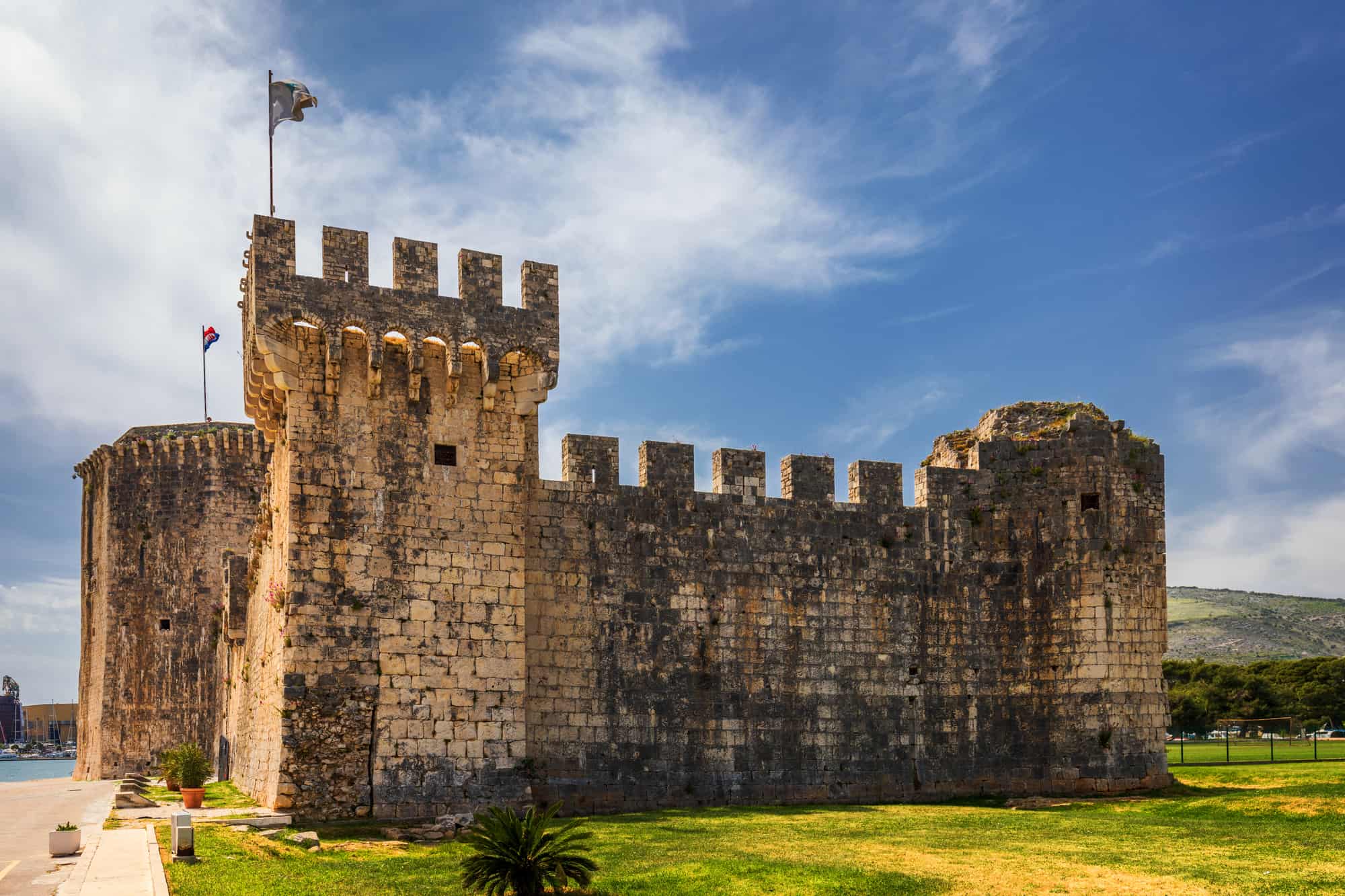 Built-in the mid-15-century by Venetians, Kamerlengo Castle is another top thing to do in Trogir. The castle served as a palace for the governors and it also is the focal point of the landscape in the city.

While it may not be huge, but the high walls connecting the three towers offer commanding views over the sea. Now, this old castle has become a great venue for outdoor performances held during the summer months in the courtyard.

Though it’s not much of a museum, visitors can climb its battlements for the gorgeous views of Trogir.

Famous for its calm blue water, the Dalmatian coast is popular with many locals and visitors. There are no beaches in the Trogir city center, however, there are many beaches just a short drive away.

Medena Beach is in Seget Donji and was once only used by Hotel Medena Resort, but now it is free to use for locals and tourists. This pretty pebble beach is home to plenty of beachside fun like mini-golf and tennis courts.

Plus, you can indulge in water sports like jet skiing and kayaking.

Another beach worth visiting is Okrug Gornji often called ‘Copacabana Beach’. It is located near Ciovo Island.

Located just 5 km from the city center, it is easily one of the most popular beaches in the area. Plus, there are many bars and restaurants here that stay open throughout the night providing great food and nightlife. 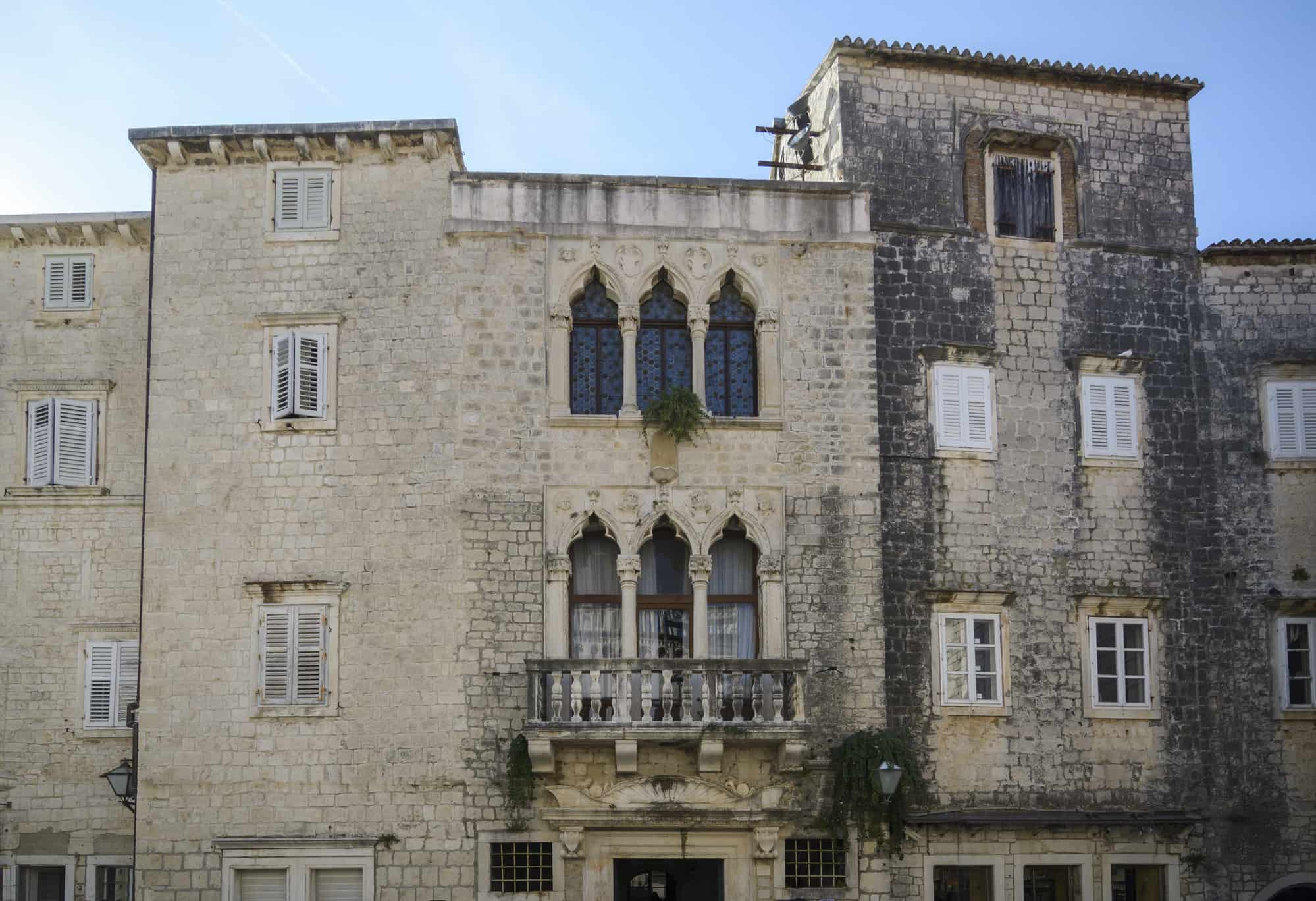 Just across the main entrance of Trogir Cathedral is Cipiko Palace. This was the home of the Cipiko family, one of the region’s most prominent families during the 15th-century.

This is actually two palaces joined together as the family’s wealth increased. Here there are many notable features, including a carved Venetian Gothic window designed by Alesi himself.

The palace still stands in all its grandeur and is definitely worth a visit. 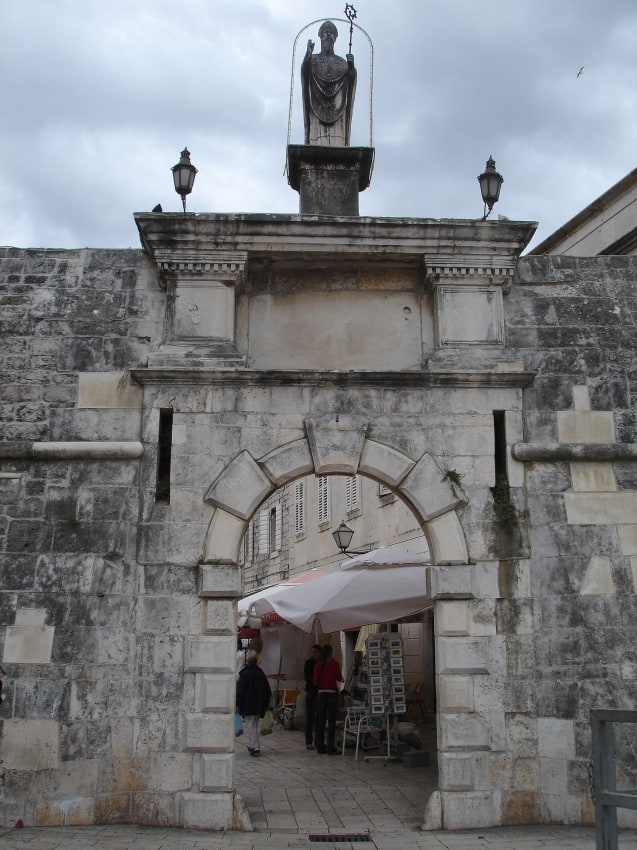 The land gates (Kopnena Vrata) to Trogir was the main entrance during the 15th-century. It is built in late-Renaissance style, and the gate is also a place to visit in itself.

Here you will see the Lion of St. Mark (the symbol of Venice) above the door’s arch, and a statue of the city’s patron saint, St. John of Trogir. 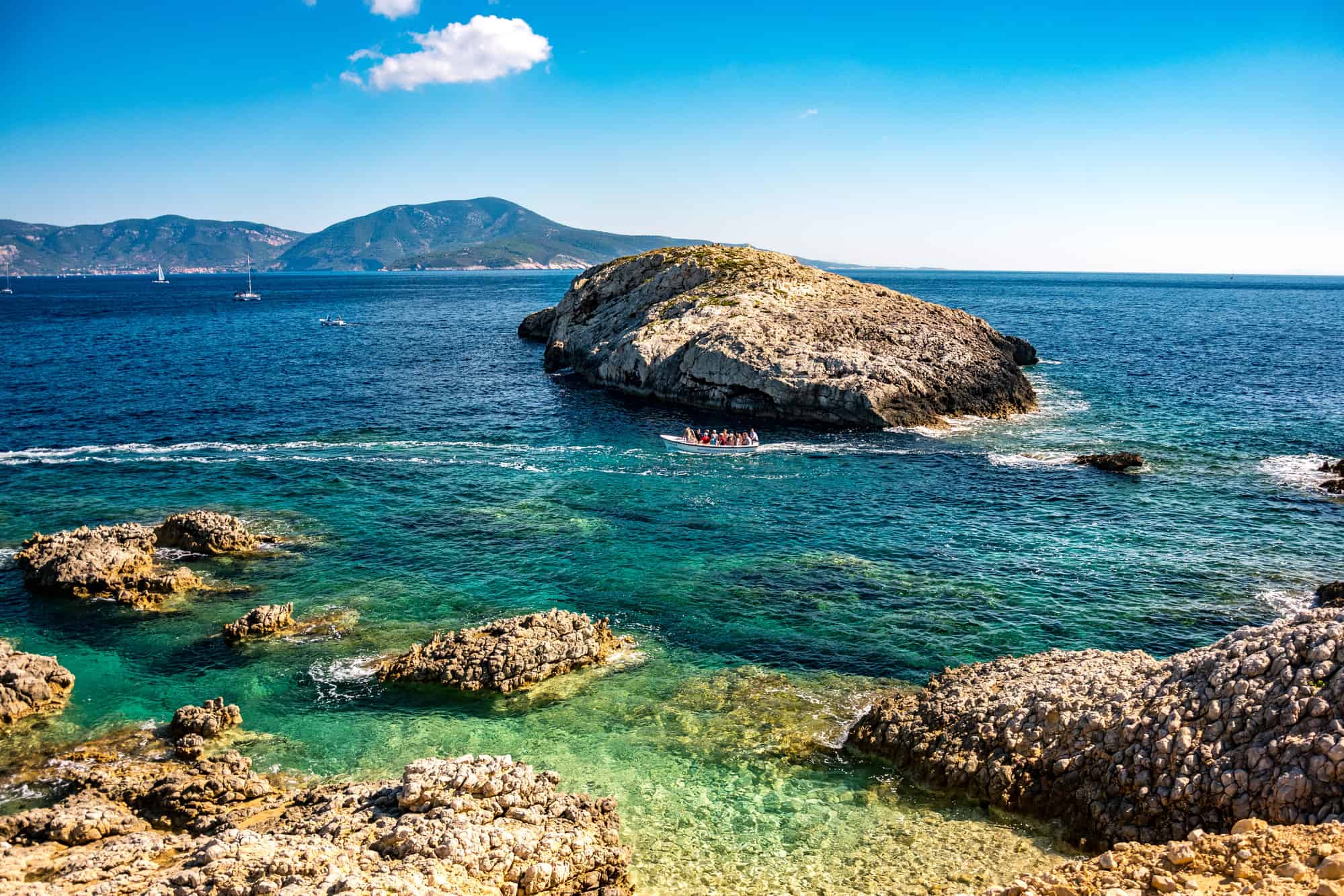 If you are in Trogir for a couple of days, then you must take a day to visit the Blue Cave. Rent a boat and head to this beautiful destination.

You can enter the cave on a boat if your boat is small and once inside you can see the sun illuminate the entire cave in a blue soothing light. It is definitely one of the most enthralling things you will ever see in your life. 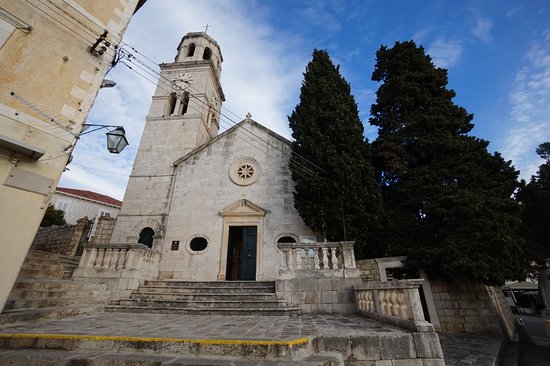 The Monastery of St. Nicholas dates back to 1066 with a bell tower that was added later in the 16th-century. The interior was rebuilt in Baroque style which is also the most impressive feature of the monastery.

St. Nicholas houses an orange marble relief of Kairos, who is the God of opportunity. In addition to that, there are many paintings in the monastery, and most notable are pieces by Antonio Zanchi, Paolo Veneziano, and Nicollo Grassi, along with a 13th-century Madonna and Child. 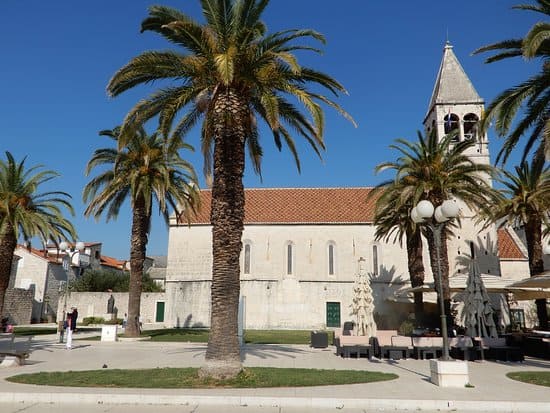 St. Dominic is one of the most important monuments in Trogir. It was founded in 1265, and over the year the monument has had a lot of additions, including a church.

The highlights of this church include old tombs of  Ivan and Simun Sobota. Needless to say, this church and monastery definitely deserve a visit.

If you are staying in Trogir in a vacation rental, then you must visit the local farmers market to get some fresh, local product. Shop for fresh fruits and vegetables and you can buy fresh olive oil as well.

There are meat shops and bakeries as well which will be much cheaper than supermarkets.

Sample the local wine and cuisine

When visiting a new country or city, it is absolutely imperative to try the local wine and cuisine to get to know the culture and food of the area. Usually, you will find light meals, spiced with olive oil and herbs, fresh fish dishes and seafood, and various meats.

You must also try the Dalmatian wine like Primosten Babic and Plavinu. You may also find neobilazan Prosecco, which is an extraordinarily sweet dessert wine.

Trogir makes for a great vacation escape where there are lovely cuisines to sample, historic places to see, and lovely beaches to laze around on.